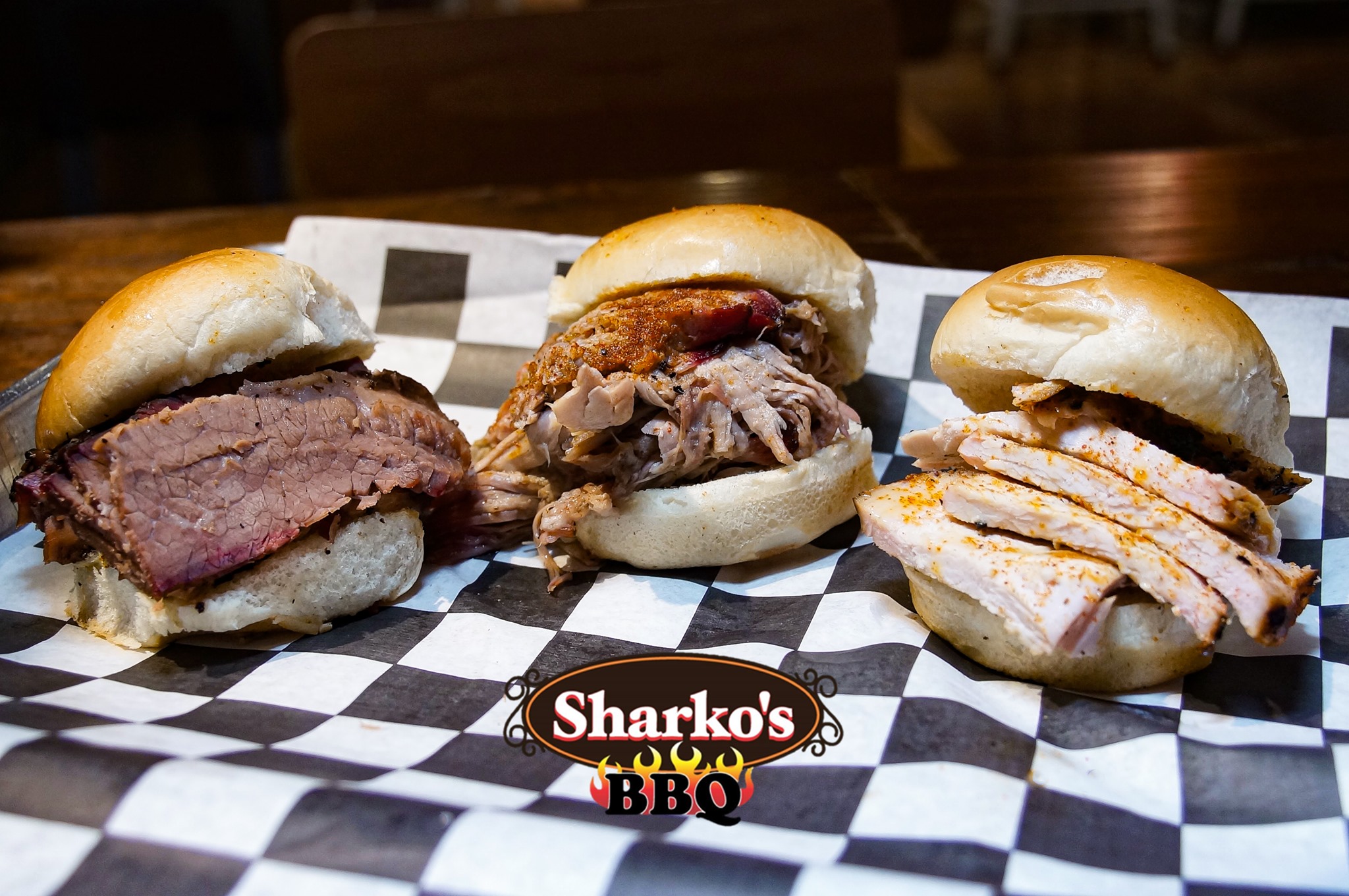 If You Love Sliders, We Have ‘Em All!

Order your Sharko’s BBQ Sliders online or in-restaurant.
About Sharko’s BBQ
Continuing a Strong Heritage of Food Service in Chicago since 1956.
“Let’s Make It Better.” – Jerry Sharko
WHY BBQ?
“Beginning 2011, I travelled the South and Midwest for two years, taking in and experiencing the many styles, techniques, and flavors of BBQ. What I learned in the process of meeting some world class pitmasters, owners, and equipment manufacturers is that BBQ has a strong history of bringing family, friends and new acquaintances together. It’s an equalizer across many social classes, and it’s the type of food when done right that makes you walk away feeling good. We are as excited with the launch of Sharko’s BBQ as we were when we took 1st prize for Best Sauce at Naperville’s First Rib Fest on Rotary Hill!”
– Brian Sharko
This isn’t our first rodeo, nor will it be our last. Every family has a story, and ours just happens to evolve around food. Since the 1930s, the Sharko name has been synonymous with food both in Chicago and the Western Suburbs. It started with the opening of a family butcher shop by Grandpa George Sharko. In the 1950’s, the Sharko sons Jerry and George continued branding the Sharko name by selling spices, extracts, and smallwares through catalog sales, which led to the opportunity to start a restaurant in Chicago. Like everything else, they poured their savings and hearts into opening Sharko’s on 63rd St in January of 1956. It was successful from the very first day, which led to two more additions and the start of a traditional family style menu. Four other restaurants/banquet halls plus a catering company serving corporate food were developed with the involvement of two other brothers, Don and Greg, along with Jerry Sharko’s son Ron. Greg eventually went on to start Sharko’s Catering in Scottsdale, Arizona, which is still thriving.
Our Inspiration and Guiding Principles